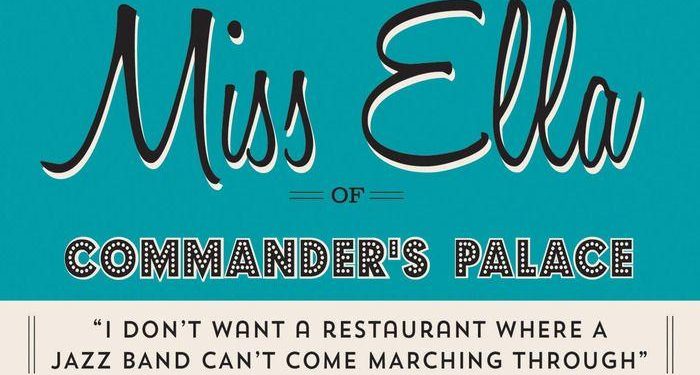 Here is a description of the novel “Miss Ella of Commander’s Palace”: Co-authored by Ella Brennan and her daughter Ti Adelaide, the inspirational story chronicles Ella’s life growing up in Depression-era New Orleans, and how she became one of the most iconic female restauranteurs. Brennan lovingly writes about her earliest memories of food, how she honed her skills as a business owner and boss at her brothers bar, and her journey in making Commander’s Palace one of the hottest creole restaurants in New Orleans. Miss Ella of Commander’s Palace is an uplifting story about larger than life personalities, great food and a flair for fun.

I have not 1 but 2 copies of this novel to give away to my loyal readers and followers! Entering this giveaway is easy!

1) Comment below letting me know if you have been to New Orleans and if you have dined at Commander’s Palace.

The giveaway ends on September 30th so be sure to enter now!

How to Spend 2 Days in Santa Barbara!

How to Spend 2 Days in Santa Barbara!