Paris! My Favorite Sites in the City of Lights!

The city of Paris, France is beautiful, it is romantic and it has countless sites to explore! From the Eiffel tower to the Notre Dame cathedral to Moulin Rouge there is something for everyone in the City of Lights. I named Paris as one of “The 5 Most Romantic Cities in the World”. In this pictorial-Paris! My Favorite Sites in the City of Lights-I will show you many of the reasons why! (Fyi- I took these pics several years ago without a fancy digital camera so excuse the difference in quality compared to my most recent posts:-)

1. Eiffel Tower: well of course the Eiffel tower. One of the top landmarks in the World! Ride up to the top for magnificent views, eat in one of the fancy restaurants, take a picnic lunch and lay out on the bright green lawn of the park surrounding it or simply stare at it in amazement. At night the lights on the Eiffel tower changes colors so be sure to visit then!

2. Arc de Triomphe: I stayed only two blocks from the Arc and it was the perfect location to get around the city of lights. You can also take a tour inside the Arc and enjoy views on top.

3.The River Siene: Walk along the banks of the river crossing over its 37 bridges. Or, take a daytime or nighttime cruise. They offer cruises to take in the sites by sea or romantic dinner cruises at night. Although I did not do a dinner cruise, I did do a nighttime tour. Seeing the sites in the city of lights while sailing on the Siene takes on an entire different level of mystique and beauty.

4. Champs Elysees: Shopping anyone? Among other things this is a bustling street with many high end boutiques. I made a point of going into the Louis Vuitton store planning to buy something. That didn’t happen lol But, it was a gorgeous store!

5. The Egyptian Obelisk: The Obelisk of Luxor sits in the center of the Place de la Concorde. It is over 3000 years old and was gifted to France in 1833 by Muhammed Ali-Khedive of Egypt.

6. The Louvre Museum: This is one of the largest museums in the World and the most visited! Give yourself at least a half a day to explore it. Of course you must see the Mona Lisa and I also enjoyed the Napolean apartments. The Louvre Pyramid which is well photographed was completed in 1989 and serves as the entrance to the museum. However the museum itself is housed in the Louvre Palace built in the late 12th century.

7. Luxembourg Gardens: AHHH in the midst of a hectic and crowded city you can find tranquility at Luxembourg Gardens! Stroll around the grounds taking in the variety of foliage and sculptures. You will may also run into musicians playing live music in the gardens. This is also a good place to take a picnic lunch.

8. Moulin Rouge: I am sure most of you have seen this movie with Nicole Kidman! Moulin Rouge is a cabaret founded in 1889. It is known for the “can-can” dance. It is close to the Montmartre area in Paris so make a stop there even to take a picture of this famous building with a windmill on top.

9.Cathedrale Notre Dame de Paris: Just magnificent! Yes there will be crowds and long lines to get in to Notre Dame but it is worth it. Before you even enter be sure to take in all the intricate French Gothic architecture on the outside. Don’t miss the gargoyles on top (creepy to me but unique). To get a full view of entire cathedral you may want to do a cruise on the Siene river. It is magical at night.

10. Palais Garnier Opera House. Although I was not able to take in a show at this Grand Opera house, I still enjoyed viewing it from the outside. This was the setting for the 1910 novel “The Phantom of the Opera” and used in film adaptations.  I have seen the Phantom of the Opera musical but can you imagine seeing it here?!

11. Place de la Concorde: This is one of the largest public squares in Paris. There are many important landmarks that surround this square. To the West is Champs-Elysees, to the east is the Tuileries Gardens and north of the square are important buildings such as the The Embassy of the United States. The place is octagonal and on each corner lies a statue representing a French city. My favorite landmarks here were the Obelisk mentioned above and the fountains which have Greek God type figures holding fish!

13. La Basilique du Sacre Coeur de Montmartre (also known simply as Sacre-Coeur): First of all, wear comfortable shoes and be ready for a hike if you take a bus here. But it is worth it. I will never forget getting to the top and seeing this unique and breathtaking white Basilica. You are allowed to go inside to light candles and pray. Outside there was live musicians and spectacular views of the main city area below. It is located in Montmartre which is filled with cobblestone streets, quaint shops and cafes and artists. This was actually my favorite area in Paris!

14. Outdoor Cafes. It may seem strange to have this on my list but this is quintessential Paris! Whether it is warm or cold you will find Parisians eating, drinking and smoking at cafes all around the city. Most restaurants will have patios or outdoor viewing areas to people watch! And don’t forget to wear your scarf too fit it with the locals-referencing picture below-lol.

15. Palace of Versailles: Take the V train out of Paris to Versailles! Again, plan ahead to spend a day or half a day since the grounds are huge! And check the weather before you go since we were kicked out early due to rain! They have mini train transportation around the property that will take you to Marie-Antoinette’s Estate. “Let them eat cake!” ( I just had to throw that in here).

So you maybe asking yourself how you will see my Paris Favorite Sites? Well it is very easy to get around in Paris. I felt safe taking the subway trains as well as local buses. I also did a two day “hop on, hop off” tour bus that has various routes throughout the city. You can just sit on the bus and listen to the tour driver describe all the sites as you pass them or hop off and explore one area then hop on to explore the next. During peak times there is a new bus every 20 minutes to every location.

So have you been to Paris?! If so what was your Favorite Site?! If you are traveling to Paris for time check out this Beginner’s Guide by GoParis!

Be sure to check out my other Travel “Love” posts in February! “The 5 Most Romantic Cities in the World”, “Visit Jamaica: Land I Love” & “Travel to the Romantic Isle of Capri”! 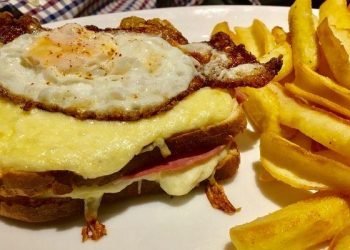 What I ate in Paris…in pictures! 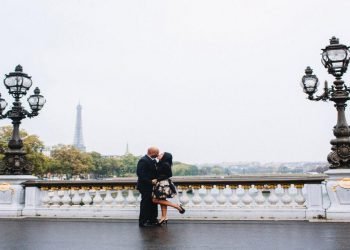